How to Exercise with Irritable Bowel Syndrome

Irritable bowel syndrome (IBS) is a disorder of the large intestine. It’s a chronic condition, which means it requires long-term management.

These symptoms often come and go. They may last for days, weeks, or months. When you experience symptoms, it’s called an IBS flare-up.

IBS can interfere with daily life. There also isn’t a cure. However, for some people, certain lifestyle habits can help manage symptoms.

EXERCISE AS A TRIGGER

While the underlying cause of IBS isn’t clear, some things can trigger flare-ups. These triggers are different for everyone.

For many individuals with IBS, food intolerances are likely triggers. According to research from 2016 Trusted Source, more than 60 percent of people with IBS experience symptoms after eating certain foods.

Exercise typically isn’t a trigger. In fact, a 2018 study found that low- to moderate-intensity activity can actually help relieve symptoms.

There isn’t solid research on how more vigorous exercise affects IBS symptoms. But it’s generally thought that intense or prolonged activities, like running a marathon, may aggravate symptoms.

CAN IT HELP WITH SYMPTOMS?

There’s evidence that physical activity may reduce symptoms of IBS.

In a 2011 study, researchers found that exercise decreased the severity of symptoms in people with IBS. On the other hand, less physical activity was associated with more severe IBS symptoms.

The researchers followed up with some of the participants from the 2011 study. The follow-up time ranged from 3.8 to 6.2 years. In their 2015 study, the researchers reported that those who continued to exercise experienced beneficial, lasting effects on IBS symptoms.

Another 2018 study found similar results. More than 4,700 adults completed a questionnaire, which assessed their gastrointestinal disorders, including IBS, and physical activity. After analyzing the data, the researchers found that less active people were more likely to have IBS than those who were physically active.

If you have IBS, it’s a good idea to get some exercise. Being active has many health benefits, including potential IBS relief.

In the 2015 follow-up study above, walking was the most common activity enjoyed by the participants with fewer symptoms.

Other exercises for IBS

In addition to walking, you can also try these exercises for IBS:

Stretching is also beneficial for IBS. It works by massaging your digestive organs, reducing stress, and improving gas clearance. This can help decrease pain and discomfort due to IBS.

According to the 2015 study mentioned earlier, yoga is ideal for IBS symptoms. It’s recommended to do poses that gently target the lower abdomen.

Yoga poses for IBS include:

Bridge
Bridge is a classic yoga pose that involves your abdomen. It also engages your butt and hips.

Relaxation is a primary component of IBS management. To promote relaxation, try slow and deep breathing. According to the 2015 study on yoga, this type of breathing increases your parasympathetic response, which reduces your response to stress. 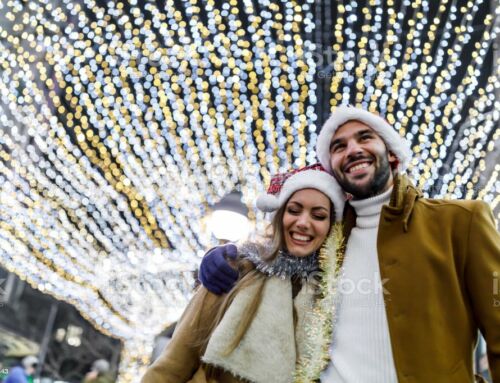 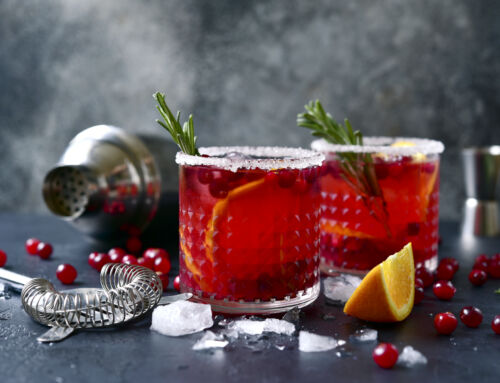 THE ABSOLUTE BEST MOCKTAILS TO CRAFT FOR THE HOLIDAY SEASON

Join Us on Social Media

Page load link
We use cookies on our website to give you the most relevant experience by remembering your preferences and repeat visits. By clicking “Accept”, you consent to the use of ALL the cookies.
Do not sell my personal information.
SettingsAccept
Manage consent

This website uses cookies to improve your experience while you navigate through the website. Out of these, the cookies that are categorized as necessary are stored on your browser as they are essential for the working of basic functionalities of the website. We also use third-party cookies that help us analyze and understand how you use this website. These cookies will be stored in your browser only with your consent. You also have the option to opt-out of these cookies. But opting out of some of these cookies may affect your browsing experience.
Necessary Always Enabled
Necessary cookies are absolutely essential for the website to function properly. These cookies ensure basic functionalities and security features of the website, anonymously.
Functional
Functional cookies help to perform certain functionalities like sharing the content of the website on social media platforms, collect feedbacks, and other third-party features.
Performance
Performance cookies are used to understand and analyze the key performance indexes of the website which helps in delivering a better user experience for the visitors.
Analytics
Analytical cookies are used to understand how visitors interact with the website. These cookies help provide information on metrics the number of visitors, bounce rate, traffic source, etc.
Advertisement
Advertisement cookies are used to provide visitors with relevant ads and marketing campaigns. These cookies track visitors across websites and collect information to provide customized ads.
Others
Other uncategorized cookies are those that are being analyzed and have not been classified into a category as yet.
SAVE & ACCEPT
Powered by