HOW TO SHAKE THE SALT HABIT 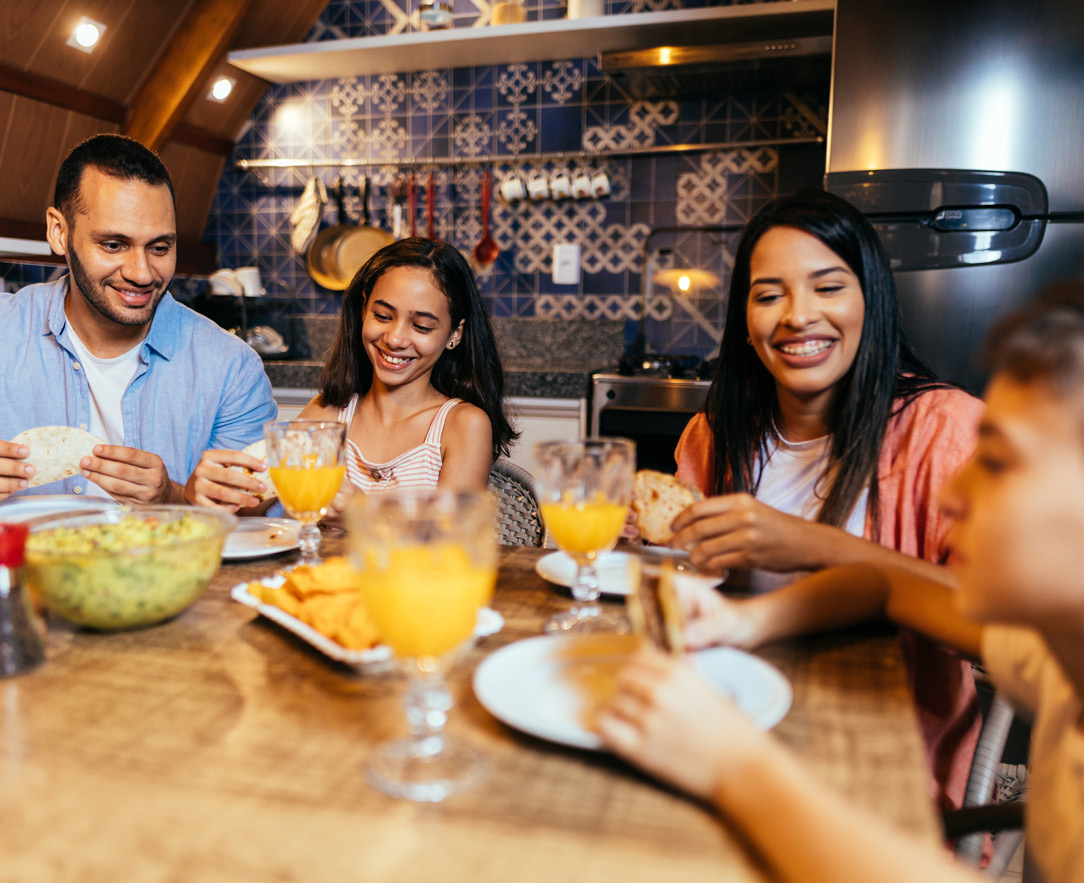 Your body needs a certain amount of sodium. Sodium helps your body maintain normal nerve and muscle function as well as fluid balance. But too much sodium, mostly consumed as salt, can spell trouble for your heart and health by placing added strain on your heart, blood vessels and kidneys as your body tries to get rid of any excess sodium.

Consuming high levels of sodium has been linked to high blood pressure.

When you have high blood pressure, you’re also more likely to have a heart attack or stroke, or develop kidney disease.

Most Americans eat too much salt. On average, they take in about 3,440 mg per day. That is nearly 50% more than the recommended limit. But lowering your sodium intake is good for your heart.

The 2015-2020 Dietary Guidelines for Americans recommend the average adult consume no more than 2,300 milligrams of sodium—or about one teaspoon—over the course of a day. An even lower daily limit of 1,500 milligrams a day is suggested for people who:

Alternatively, aiming to at least lower your sodium intake by at least 1,000 mg also can help.

The good news is that you can take steps to keep tabs on and limit how much sodium you are eating.

SODIUM AND SALT. WHAT’S THE DIFFERENCE?

We often use salt and sodium as if they mean the same thing. But they aren’t quite the same. Sodium exists in many forms.

It’s naturally found in many foods, and it’s also added to processed foods during manufacturing. Salt forms when sodium is combined with chloride. Sodium and chloride together create the crystal-type substance that fills our saltshakers and those in restaurant kitchens.

However, most of the sodium in your diet is in prepared food, especially if foods are packaged or processed. The sodium is added during cooking before you even purchase it.

View the full list from the Centers for Disease Control and Prevention: Top Sources of Sodium

If you need help meal planning and learning more about how to cut down on sodium, consider seeing a nutritionist or dietitian. The DASH diet is also a popular eating plan to help curb salt.

Page load link
We use cookies on our website to give you the most relevant experience by remembering your preferences and repeat visits. By clicking “Accept”, you consent to the use of ALL the cookies.
Do not sell my personal information.
SettingsAccept
Manage consent

This website uses cookies to improve your experience while you navigate through the website. Out of these, the cookies that are categorized as necessary are stored on your browser as they are essential for the working of basic functionalities of the website. We also use third-party cookies that help us analyze and understand how you use this website. These cookies will be stored in your browser only with your consent. You also have the option to opt-out of these cookies. But opting out of some of these cookies may affect your browsing experience.
Necessary Always Enabled
Necessary cookies are absolutely essential for the website to function properly. These cookies ensure basic functionalities and security features of the website, anonymously.
Functional
Functional cookies help to perform certain functionalities like sharing the content of the website on social media platforms, collect feedbacks, and other third-party features.
Performance
Performance cookies are used to understand and analyze the key performance indexes of the website which helps in delivering a better user experience for the visitors.
Analytics
Analytical cookies are used to understand how visitors interact with the website. These cookies help provide information on metrics the number of visitors, bounce rate, traffic source, etc.
Advertisement
Advertisement cookies are used to provide visitors with relevant ads and marketing campaigns. These cookies track visitors across websites and collect information to provide customized ads.
Others
Other uncategorized cookies are those that are being analyzed and have not been classified into a category as yet.
SAVE & ACCEPT
Powered by